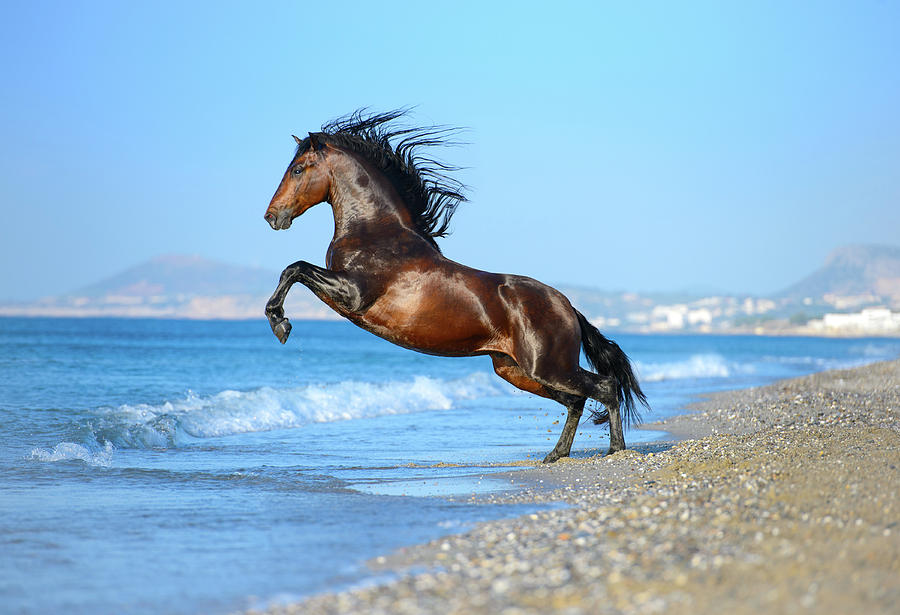 The wave. Andalusian/PRE, Greece.
In Spain Andalusian horses are known as the Pure Spanish Horse or PRE (Pura Raza Espa�ola) and PRE horses are registered in the Spanish Stud Book maintained by the Military and Government of Spain.

The Andalusian horse originates from the rugged, hilly areas of the Iberian Peninsula and is one of the most ancient horse breeds. The Andalusian horse was developed in Southern Spain and although Andalusian horses were originally highly regarded as a cavalry horse due to their agility and courage they became less favoured as a war horse when knights were heavily armoured and required heavier horses to carry them. However, Andalusian horses gained popularity again amongst cavalries with the introduction of firearms when a fast, agile horse was needed.
Source: http://www.equine-world.co.uk/

Congratulations on your feature in the Year of the Horse

Outstanding photograph Ekaterina in every way!