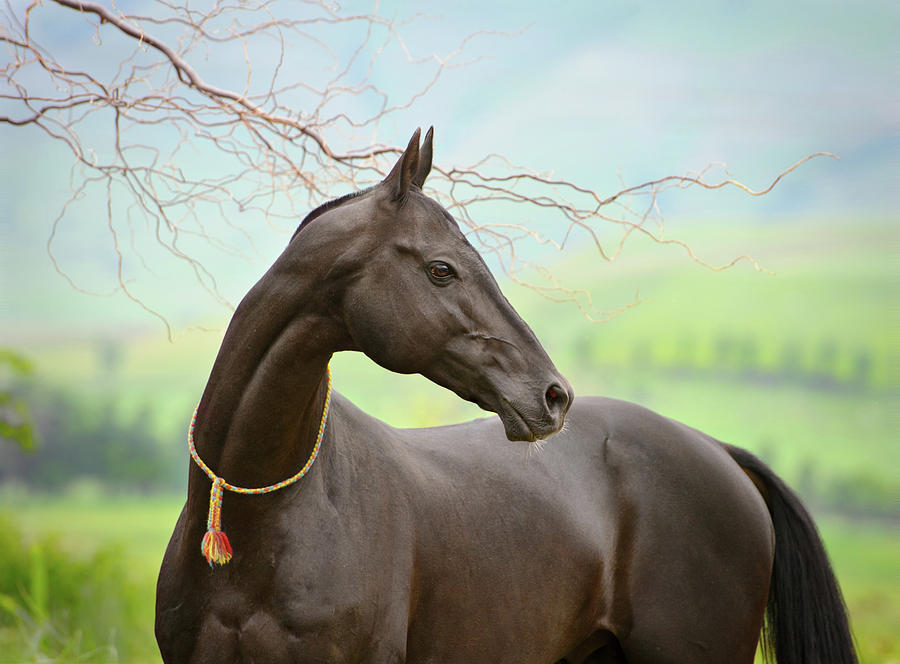 Graceful and serious, this stallion looks like a wise crow, who is sitting on the dry tree branch, thinking something on his own. Akhal-Teke, Russia.

The striking Akhal-Teke breed has overcome many setbacks during its 3000-year history, but its influence on other horse breeds cannot be denied. Now, the ancient breed is returning to the spotlight, with its athleticism, stamina, speed, agility, and exceptional movement winning admirers.

The Akhal Teke is considered to be one of the oldest of modern domesticated equine breeds in existence. The breed as it is known today first appeared in Turkmenistan, Central Asia, in Kara Kum, a rocky, flat desert surrounded by mountains which played a significant role in preserving the Akhal Teke�s purity. Tribesmen of Turkmenistan first used the horses for raiding and they were selectively bred for speed and agility. Pedigree records were maintained orally by Turkomen tribesmen.

Thank you for entering your beautiful photo in the Akhal-teke contest.

What a magnificent and refined breed, loved reading the info too! LF