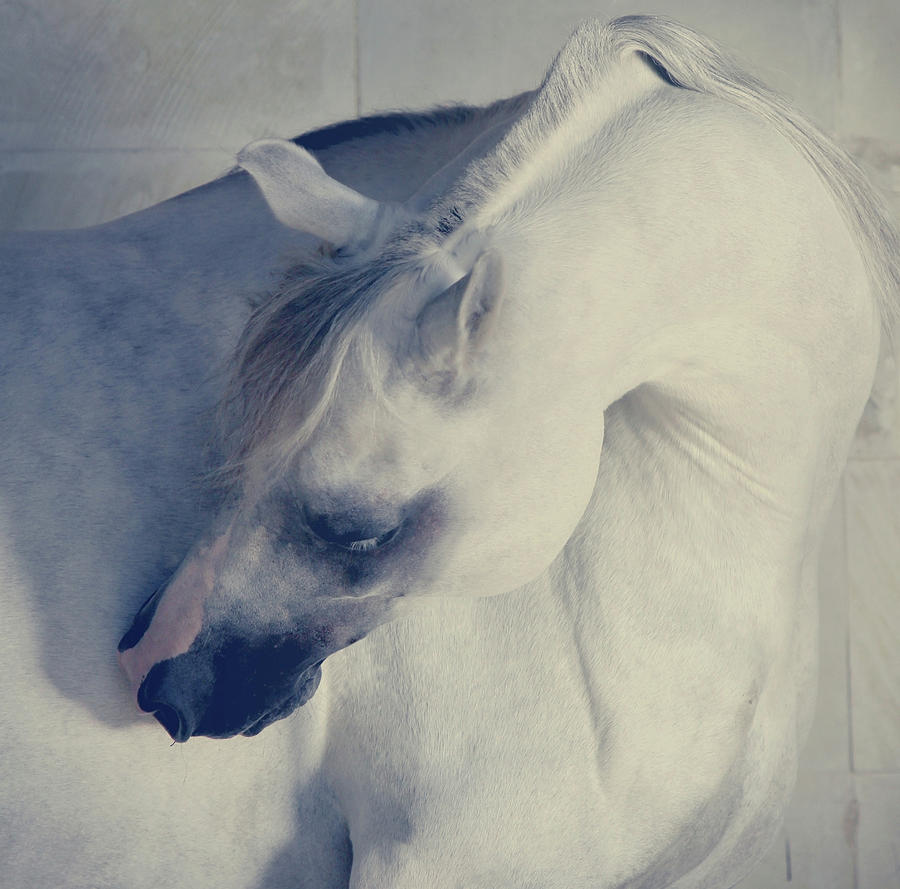 Belongs to the gallery Russian Artists New Wave.
Snow white Arabian stallion from USA, elegant and expressive. He understand very well how gorgeous he is, and show it with pleasure infront of the camera. Arabian, Russia

Theorized to be the oldest breed in the world, Arabians were constant companions of the first documented breeders of the Arabian horse, the Bedouin people--nomadic tribesmen of Arabia who relied on the horse for survival. High religious significance in addition to harsh climates often led the nomads to share food, water and sometimes even their tents with their horses. For many of these reasons, the Arabian horse thrived in near isolation and are known for their sociable personalities. As religious wars erupted, the Arabian horse made its way into Europe and other parts of the world. European crusaders crossed the lighter Arabian Horse with their heavier breeds, influencing nearly every modern breed today. In 1725, Nathan Harrison of Virginia was the first of many to import the Arabian horse to North America. In 1908, a national registry was recognized for the Arabian Horse. Today, more Arabian horses live in the United States than in all the other countries in the world combined. Arabians are famed for their stamina, and although they can be found in many disciplines, they rule the long-distance sport of endurance.
Source: http://www.horsechannel.com/