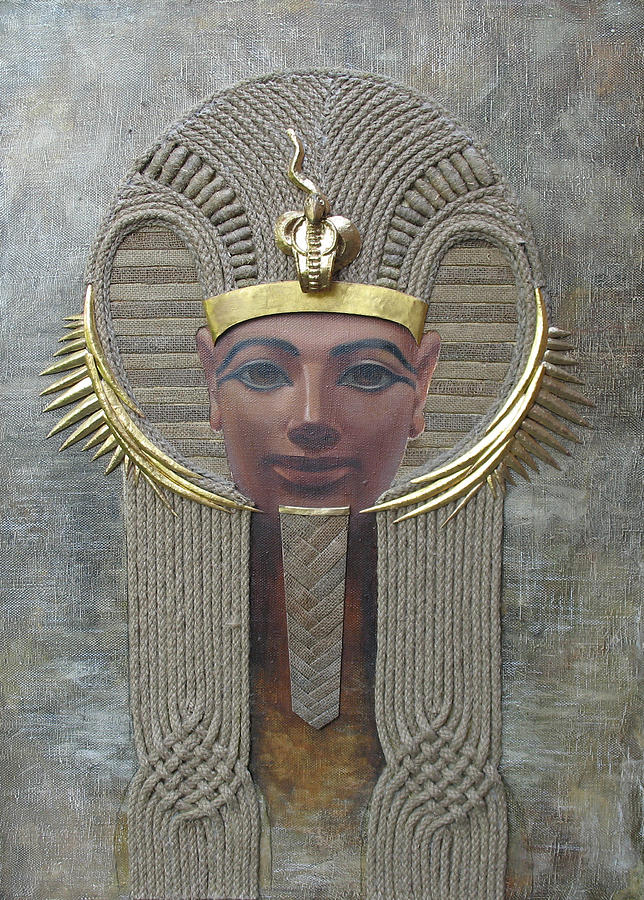 
Hatshepsut was the first female pharaoh of Egypt. She reigned between 1473 and 1458 B.C. Her name means - foremost of noblewomen.

Her rule was relatively peaceful and she was able to launch a building program that would see the construction of a great temple at Deir el-Bahari at Luxor. She also launched a successful sea voyage to the land of Punt, a place located somewhere on the northeast coast of Africa, where they traded with the inhabitants, bringing back marvels.

Despite the apparent success of her reign, and a burial in the Valley of the Kings, her monuments would be defaced after her death, apparently by her co-ruler and step-son/nephew Thutmose III.

The fact that a woman became pharaoh of Egypt was very unusual..
Source: http://www.livescience.com

Congratulations, your excellent work has been featured on Book Covers (1 image a day) Group.

Congratulations on this marvellous painting being FEATURED in “PAINTING THE OLD WAY” , L/F….group administrator, John Malone

Congratulations, your creative and unique art work is featured in the "Out Of The Ordinary 1 a day" group!