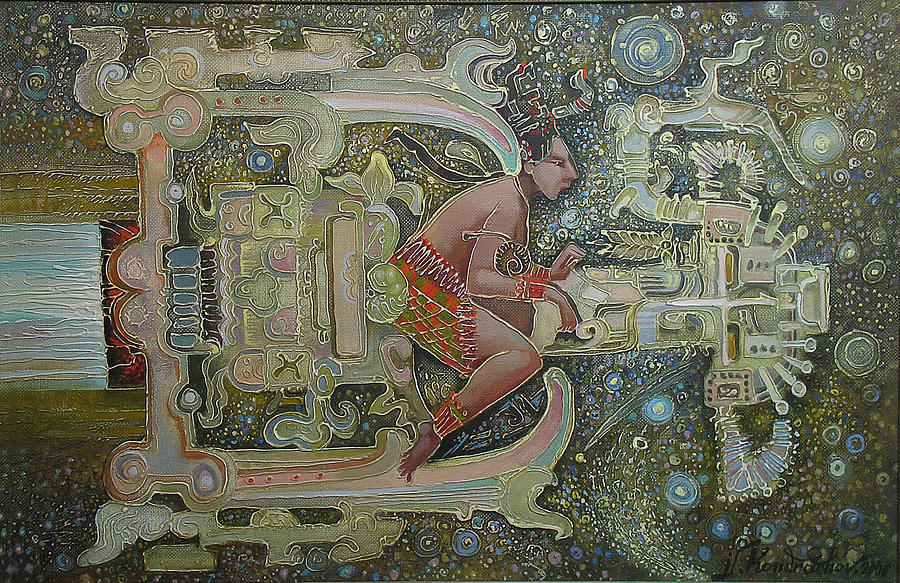 Most people believe in aliens - from ancient visitors to modern day extraterrestrials who visit Earth with an agenda. Clearly the creation myths of each ancient civilization discuss alien gods who descended from the sky for any number of reasons, some of who allegedly mated with human woman to create bloodlines, or created humans through biogenetic experiments. In the duality of physical reality, there would be good aliens and bad aliens - who would have great battles, just as we do while visiting here.

Ancient aliens, as we envision them based on endless physical evidence found across the planet, does not actually refer to a group of extraterrestrial beings who came here once upon a time, but is more about those who create the consciousness hologram in which we experience and learn. Reality is consciousness created in the matrix of time to study emotions. As we search for the truth behind the illusion about who created humans and other sentient life forms, we look to those who came from the stars - ancient astronauts or creation gods.
Did ancient astronauts seed the human race? If so, what was their agenda? Have these ancient astronauts used planet Earth as a place for their science projects, creating race after race using biogenetic manipulation, then wiping everything out and starting again?

Congratulations, your creative and unique art work is featured in the "Out Of The Ordinary 1 A Day" group! 5/9/16

Congratulations on being featured at the home page of the group Russian Art on Fine Art America!

Lovely depiction of a piece of artwork!

has been featured on The Art Shoppe Cafe group homepage! Thank you for sharing your beautiful work with us! F/L 12.15.15

This is beautiful with so much detail and imagination. l/t

Wonderful interpretation of the Aztec drawings.

Congratulations for the feature of your artwork on the homepage of Greeting Cards For All Occasions 9-11-15!

Very imaginative and great texture in your details! I like your story description as well. There's a film called 'Prometheus', which is in a scifi-horror genre, that follows along the lines of a super race of Creators- if you hadn't heard of it, you might like--hopefully available where you are! Your colors are interesting, with cool colored background and warm tones for the figure! V/Pamela

Thank you very much for your wonderful words and suggestion about the movie, Pamela! Much appreciated!